7. Base On The Roles

We have upgraded the management concept in ZenTao 15 series and optimized the interface to provide a better user experience:

Next, we will introduce the new features and changes of ZenTao 15 series in detail.

Program is a set of interrelated and coordinated projects that are located at the highest level and is a concept of strategy.

It can help proceed with the multi-level project management and help managers to formulate strategic directions and allocate resources from a macro perspective.

At the same time, it supports hierarchical authorization. Program, Sub-Program, and Project can be isolated from each other through the authorized privilege.

As shown in the picture below, Program is located at the highest level, one or more Sub-Programs, Products, and Projects can be managed under it, but Product can only be linked to the top-level Program.

You can directly view the data and progress of the Project and Product in the list.

Changes in the concept of Project

Project is a campaign-level concept that completes the various work of a project within the specified time, budget, and quality objectives.

Project in ZenTao 15 series has significant differences from the previous series. A Project in previous versions represented a specific Sprint/Iteration, whereas, in 15 series it contains several Sprints/Iterations.

If it's upgraded in the New Program Management Mode, the Project in the previous series will be converted into Iteration/Sprint (Execution) in 15 series.

If it's upgraded according to the usage habits of the previous series, the Project concept will keep the same as before.

The Project in the 15 series:

The concept and function modules of Execution are newly added in ZenTao 15 series. Sprint/Iteration in the Project is managed under Execution.

As far as the Sprint/Iteration under Project, the overall situation and progress of the project can be clearly and globally viewed.

The relationship between Project and Execution

The Sprint/Iteration of a project can be specifically managed under Execution. Execution lists all Sprints/Iterations under all Projects.

In other words, Execution shares the pressure of Project Modules. Sprint/Iteration of the project can be managed separately in Execution.

Requirement, Version, Use Case, Bug, and Test Report under Execution will be displayed in the corresponding Project synchronously. Execution can only link to the products associated with the project to which it belongs. 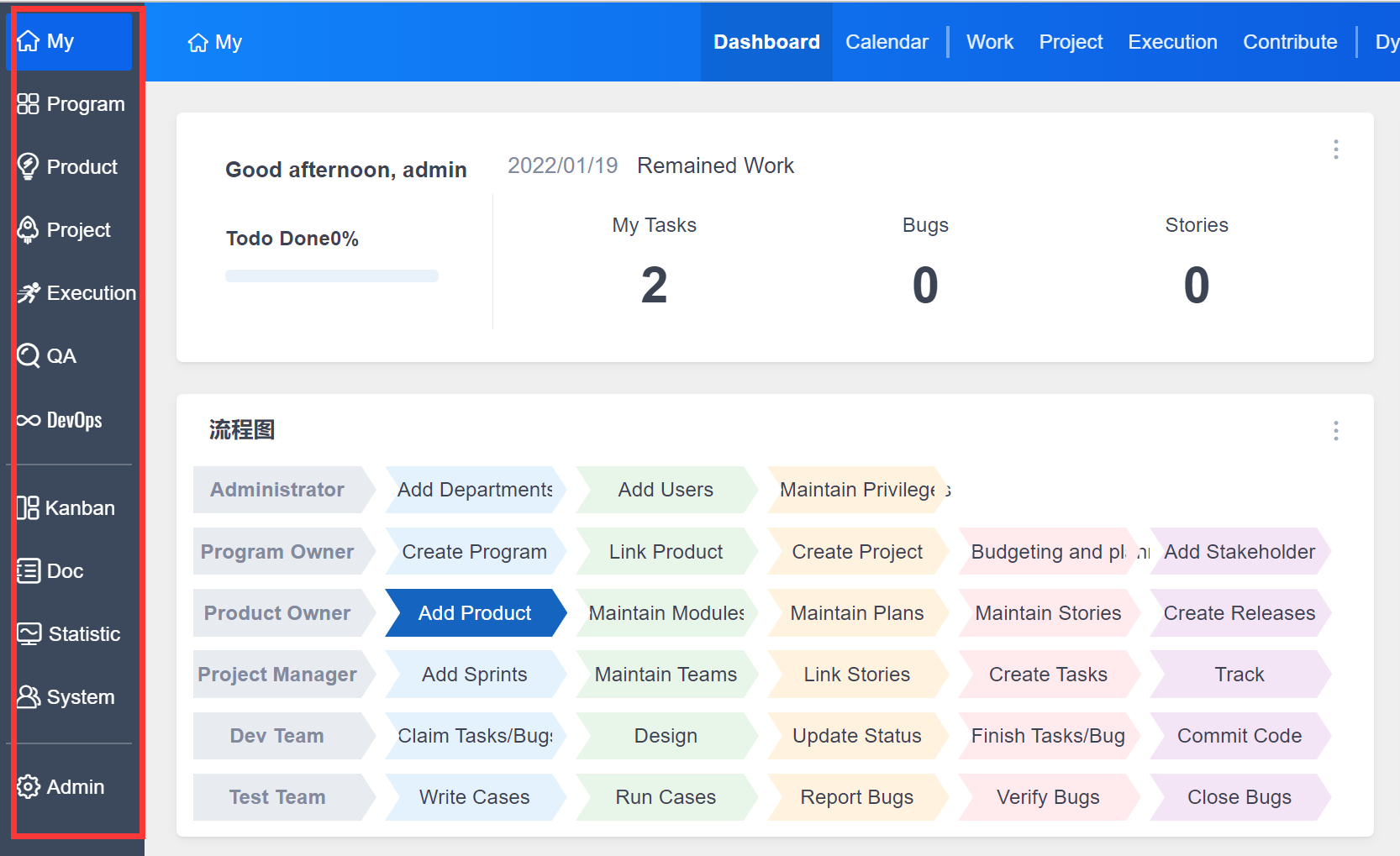 Adjustment of other functional modules

What's more, other functional modules are tweaked in 15 series.

We will discuss the details in the next article.