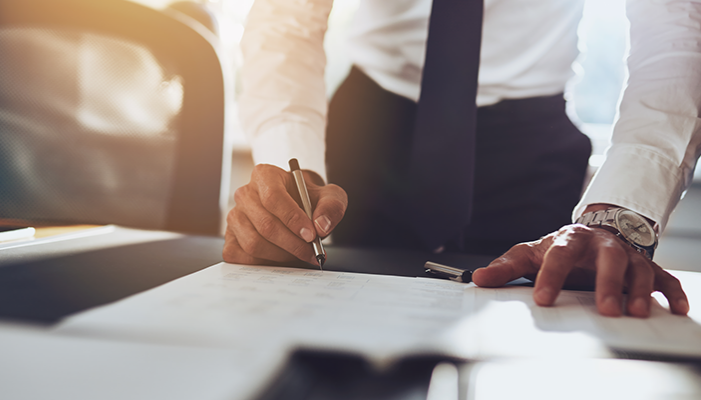 A soldier who does not want to be a general is not a good soldier.

Who would have thought that the founder of France, Napoleon's words in today's workplace, also play a magical effect?

Promotion is undoubtedly one of the best ways for people in the workplace to become leaders. When an employee is appointed as a first-line manager, it means that he must accept the real challenge in his career, and this challenge means that he has to do his job well and lead his team well.

And the essence of this transformation is also an essential role upgrade and "key leap." I want to discuss this in today's article: How to be a qualified manager?

Once, my leader and I said this sentence: "Manager is not only a science but also an art, in many cases, not necessarily a strong ability to be a good manager because people's uncertainty is always greater than the uncertainty of things."

At that time, I did not take his words to heart, always felt that my position should not have to consider this issue. But later, after I was gradually promoted to a management position, I found that the former leader's words were like a hidden magic spell, confirming his statement step by step.

When I was working in a company, I was promoted to team leader by my immediate supervisor because of my positive performance at work. I was happy at that time, but only later did I realize that the real challenge had begun.

Although the title on my head has changed, it doesn't necessarily mean that someone listens to me and obeys my management. For example, the operations director arranged my work, and I was assigned a task; some members could not complete the target and would oppose me directly, saying that the arrangement was unreasonable to complete, causing the momentum of quitting.

Later, when I thought about it, I felt that something was wrong because I realized that I had made a fatal mistake: my role and responsibilities were misplaced, and I did not understand the meaning of management and leadership.

Finally, I readjusted my old thinking and made a breakthrough from assigning tasks to assuming management responsibilities. I did a good job of coaching team members and strengthening communication with each other to push the whole team to complete the work together.

This management accident also made me understand that, as a manager, you need to stand in a higher perspective to see the problem, and you can no longer see the problem from the perspective of a super-competent executive; this consciousness crossing itself is a huge challenge.

Just like a famous saying in management: everyone is promoted to a position they are not competent for.

II. The management mistakes of novice managers, how many have you stepped on?

Management expert William Anken III, in his book "Don't Let the Monkey Ride Back: Why Leaders Don't Have Time and Subordinates Have Nothing to Do," graphically compares the actions needed to solve problems to "monkeys on their backs.

Managers are often overwhelmed by having too many team members on their backs and need more time to take care of their own "monkey. "

I believe every manager has a "hate iron not to produce" for subordinates, especially when watching employees work but not produce results. There is always the impulse managers want to compete for employees. This approach is very result-oriented but only helps maximize the team's output. Although things are done with your help, the team's overall efficiency has yet to be improved.

Management is different than the way to grow; new managers need to learn to adapt to a state where things go differently than they would like. Only grasp the key issues, let go of the team to play more and wait for the team to complete to accept the results.

Many managers like to dominate everything, and everything has to listen to their own properly belong to the "Ming learning." This mentality can be understood, for example, as a manager, the specific work employees to complete also means that the past familiar battlefield and stage to employees, retired to the background, for the new managers who have previously enjoyed countless applause and flowers, the heart may not be very comfortable.

So, even if they have achieved leadership, they still hold onto everything. This is a typical wrong direction; the real leader is not concerned about how many great achievements they have but can help others grow to reap a sense of achievement.

When I was promoted to manager, my leader often said that I was "weak in character" and couldn't control the people below, which was revealed not once or twice. Later, I realized he was probably concerned that I could not do a good job in management.

But as far as I can observe, many managers around me are playing the role of constantly doing repair work when they are subordinates, just like in the game of fighting monsters; no one is a smooth pass throughout the whole game.

If a person has been smooth in the past and has yet to encounter any failures and setbacks, I can hardly say that he is qualified and capable of holding more important management positions.

I still remember that when I was just promoted, I always wanted to have a good relationship with my subordinates. After all, no one wants to play an annoying role to subordinates. So, in the back of my mind, I often think: do not have conflicts with employees and try not to let people hate me.

Sometimes I would rather spend more time getting the report done myself than ask my subordinates to change the results they handed in again, but then I found that everything was dumped on me, and I became the busiest one in the team, and I was the last one to turn off the lights every night.

Later, my leader told me: qualified managers are never the "good boys." You have to learn to manage people rather than things.

III. Managing yourself is a key step in management

In "The Leadership Ladder: A Comprehensive Approach to Building a Leadership-Driven Company," management guru Ram Charan had the following leadership divisions to which we can correspond.

For most people, the first stage in the workplace is to start from "managing self" this stage is particularly important for a person's career because the initial ability acquired during this stage is the basis for the continuous development of managers.

In other words, first of all, we must manage ourselves well before we can talk about managing others.

As a parent, you must become a qualified "adult" before being responsible for your children.

In this stage, you should at least do the following three things：

These three points above, the overall reflection of your ability in the "implementation, communication, professional," these abilities may seem very "ordinary" and even some boring, but I have to say, practicing these basic skills is the way for us to upgrade to managers.

IV. In the end

One of the recruitment guidelines mentioned in the Nifty Culture Handbook is that we only recruit adults.

Need more help? Check out the Zentao blog. They have more articles on project management tools, software management, building cross-functional teams, and so much more.