The past life of Kanban

Most people new to Kanban will interpret "kanban" as a visible board, a common misconception among those new to Kanban. Before starting Kanban, you need to understand the past and present life of Kanban so that you can use it better.

Kanban comes from Japanese and translates as "signal board." In Toyota, it means "signal card" and is a recording card used to track and control work. Translated in Chinese as "Ban ban", it means "watch this board" and refers to the daily standing meeting. Because all three meanings are central to the kanban approach, Kanban is a fitting, multi-meaning name.

In the 1950s, Toyota was inspired by the operation mode of American supermarkets and began to pilot the post-process extraction method of supermarkets. Later, Toyota invented a more effective production management system -- Lean. In the process, Toyota developed a tool from lean manufacturing - Kanban. In the following years, with this kanban method, Toyota's production efficiency greatly improved and won many awards worldwide. Until 1973, the world oil crisis made the world begin to recognize the kanban method. Now it has gradually been applied by many enterprises in many industries worldwide. 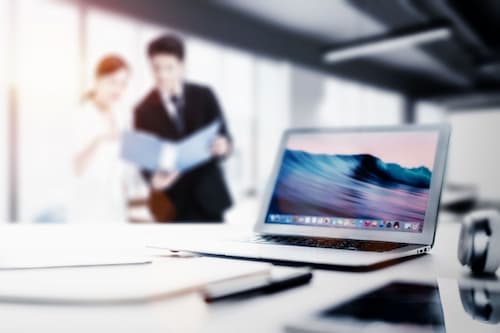 The four basic principles of Kanban

Before starting Kanban, we need to understand the basic principles of Kanban so that we can better implement them.

Things presented by vision are always the most intuitive and effective. Kanban is like a traffic light. When to start, when to slow down, when to stop can effectively control the number and order to ensure the regular operation of traffic.

Limit the maximum number of work items (record cards) that can be held in each step.

Establishing feedback helps the team implement various feedback loops - checking stages, metrics, and reports in the Kanban workflow and a series of visual cues to provide ongoing feedback on the progress (or lack thereof) of work in the system.

Here are some quick ways to start kanban, using Zentao as an example, and the same can be used directly in physical kanban:

1. Record the routine work of the team

Team members have many different types of work, but first document routine tasks such as finding, evaluating, and fixing defects and operations problems, Tracking feedback, Product and infrastructure improvements, etc. While all of this is important, the Kanban approach focuses on the most essential: product and infrastructure improvements. Start by listing the team's work items in the "analyze," "implement," "validate," and "deliver" processes. Complex procedures are not recommended here, as they lead to more steps to implement or validate work items. Share two guidelines of simplicity for working steps:

After documenting the team's routine steps, they are presented on a kanban board, which members use to visualize progress. There should be a "To-do" area on the left side of the display board, with the remaining steps in two columns. Take the research and development kanban function of Zentao as an example.

On the left side is the "Backlog", the seven Kanban columns "Ready", "Development", "test", "accepted", "released" and "closed". The development and test columns are divided into "In Progress" and "Done," divided into two subcolumns. The team only needs to follow the decomposed work items, one by one corresponding to the Zentao Kanban. Kanban can also be modified according to actual needs; The same is true for physical Kanban, which is not covered here.

Reduce confusion on the team by limiting WIP. Note that the limit is the sum of the cards for each step. For example, if the sum of the R&D column is 10, then the sum of "in progress" and "done" must also equal 10. Zen Kanban prompts you in your Settings:

How do I set WIP? The simplest method is derived from the number of team members. Based on the number of team members, multiply by a reasonable parallelism coefficient (the slowest step, the least number of tasks completed in the team) to get the initial limit. This approach is relatively simple, evidence-based, and more acceptable to the team. When the column count exceeds the limit in the Zentao, the column count is displayed in red, indicating that the team needs to make adjustments. The important role of limiting WIP:

Kanban is pulled management, so a "pull condition" must be satisfied before moving to the next kanban column. Work items can be moved from the "in Progress" column to the "done" column in each step when they meet specific rules (which must be explicit).

For example, if the "development" column goes to the "test" column, you need to complete the code, annotate it, and run it against the current version; Reviewed code statistics and meet team standards; No error generation, etc., to enter the testing phase. The team can define the entire completion rule to match the slowest steps and complete the project better and faster.

It is also consistent with agile management principles to create feedback loops to synchronize tasks between team members through daily station meetings. To focus on the issues that are holding up the work, the project manager asks if anyone needs help (the only question to be asked in the meeting), the project manager sorts out the issues raised, comes up with solutions after the meeting, and adjusts and optimizes the project in real-time. Here are three more tips:

Kanban is simple and easy to operate. The team can keep track of progress, discover problems and solve problems through Kanban. However, Kanban is not just a simple board that can be seen but a set of systematic, scientific, and theoretical knowledge methods.