As one of the founders of Extreme Programming, Ron Jeffries rarely talks about the conference that revolutionized the software industry twenty years ago. He focuses on the present and is active in the agile space. And today, he still runs and maintains his website and blog as an author of ronjeffries.com. In his articles posted on the site, he further explains that developers should move away from "artificial agile" or "dark agile" and be closer to the values and principles of the Agile Manifesto. 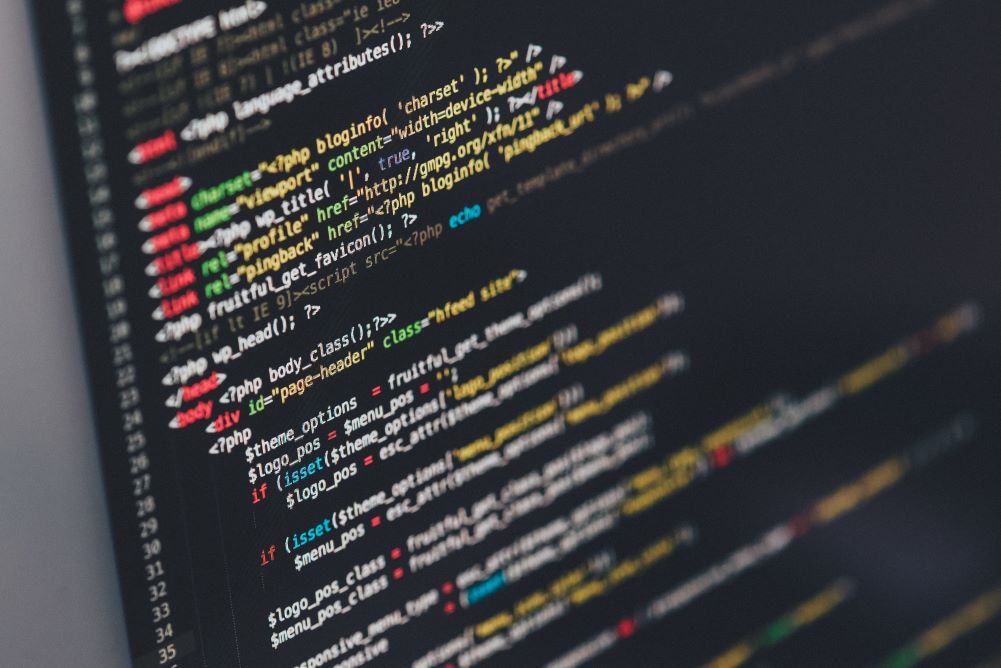 Since then, he and his team have developed software products with total revenues exceeding $500 million, including assembly program, FORTRAN, Pascal, C, C++, and Smalltalk. In addition, he has done extensive non-commercial development in LISP, Forth, and six other languages, developed commercial operating systems, compilers, relational and set-theoretic database systems, and a wide range of applications. He feels lucky enough to have practiced Extreme Programming early in his career. Since then, "I haven't done anything else but help other people," and that's what he learned from all his successful projects: apply XP techniques to all projects to be done.

"My first ''agile'' mentor, Kent Beck, mentioned that one of his main goals in inventing Extreme Programming was to make the programmer's environment more secure. However, the world is not yet safe for programmers, especially the indiscriminate use of Scrum can create more insecurity problems for programmers. Ken Schwaber, one of the inventors of Scrum, has also said that this situation makes him sad." Jeffries said in an interview.

He shared a post on his blog arguing that developers should abandon "agile". The post provides further insight into how developers should move away from "artificial agile" and return to the values and principles of the Agile Manifesto.

According to him, "artificial agile" and "dark agile" are often used to describe those abused "agile" methods that do not improve the lives of developers but are the antithesis of the original philosophy of the Agile Manifesto. Jeffries pointed out that the main reason for this is that such " agile" is good for business but bad for developers. Developers still do not have their autonomy but are forced to work. With various coaching and training, it is possible to increase the visibility of issues, which often leads to better-informed decisions by senior management and the company. 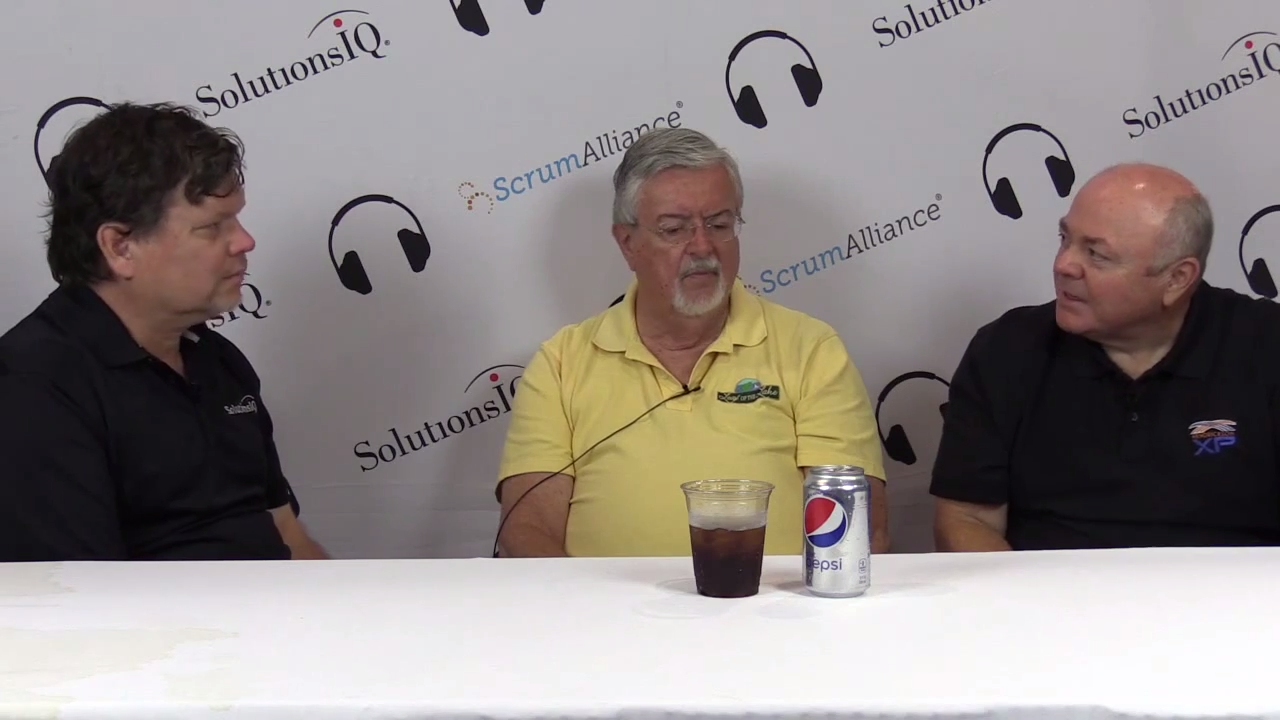 Implementing agile from the top-down usually means that something is decided at the top and then implemented or rolled out across the organization. But the fact that most people are required to adopt agile without professional training or guidance and without understanding the concept behind it creates more distractions for developers: shorter work times, more pressure, and the requirement to work "faster". This is very common in large Scrum practices that use SAFe and LeSS.

Going back to the fundamentals of the Agile Manifesto, Jeffries reinforces the idea that the most important things behind Agile are the mindset, values, and principles that provide the best way to build software.

Therefore, no matter what framework or method an organization adopts, every agile developer should work in the following way: produce working integrated software every week, continuously improve skills, keep the software design clean, and have a communication dialogue based on the value of the software.

Jeffries also has a close partner, Chet Hendrickson, like Jeff Sutherland and Ken Schwaber, Dave Thomas and Andy Hunt. As longtime colleagues and friends, they have had a significant impact on the definition of agility. Chet Hendrickson has been working on agile software development since 1996 and has also been involved in the development of Extreme Programming. In 2000, Ron Jeffries, Ann Anderson, and Chet Hendrickson co-authored Extreme Programming Installed. This book explains in detail the core practices of XP and how to work together to help teams succeed. 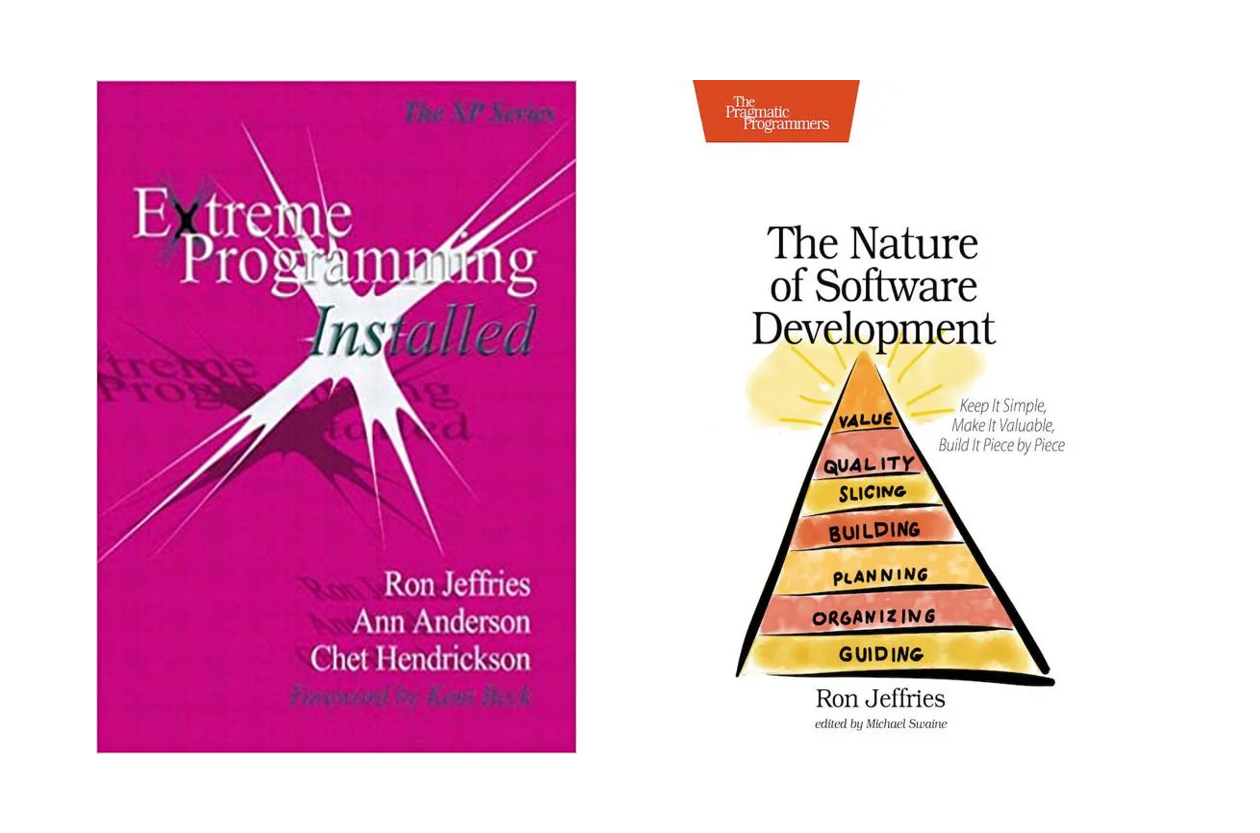 Jeffries's most recent book is The Nature of Software Development: Keep It Simple, Make It Valuable, Build It Piece by Piece, published in 2015. This book starts with an analogy: software development is like walking through a lava field, but there is a "natural path" in this lava, and our goal is to find this path and walk on it as much as possible instead of getting stuck in the lava. So how to do this? It is answered in the book. The book describes software development, starting from our natural desire to get something of value. Each topic is described with a picture and a few paragraphs, reflecting Jeffries' imagination without borders and powerful expression. Jeffries is a strong proponent of agile software development and has a strong personality. Friends describe him as "a cuddly teddy bear who actually lives inside, despite his sometimes rude demeanor".

In his spare time, Jeffries has a variety of interests. Like a blogger today, he will also "Recommended" good things for everyone on his blogs, such as canvas bags that can hold colored pencils, erasers, sketchbooks, and even iPads. He also takes advantage of his technical rigor to evaluate technology products and analyze the different experiences of old and new drones. We can feel that Jeffries intends to deliver value to the world from these perspectives.

This is also the same reason he opposes some "agile", the essence of agile advocated by Jeffries is to benefit programmers, improve efficiency, and produce value.