Without Gantt charts, efficiently managing a project would be close to impossible. They are indispensable for visualizing and monitoring the progress of a project, making them essential tools in project management.

A Gantt chart is a bar graph that displays detailed information about the start date, end date, and duration of activities or tasks on a timeline. Read on to learn more about the four types of project management task dependencies, as well as how each type can help you and your team with project management.

A Gantt chart is a bar graph that displays detailed information about the start date, end date, and duration of activities or tasks on a timeline. Read on to learn more about the four types of project management task dependencies, as well as how each type can help you and your team with project management.

What is a Gantt Chart?

A Gantt Chartis a scheduling tool used in project management to show what has to be done and when. It visualizes task relations and converts it into a diagram, and makes it easy to read the schedule of tasks.

The Gantt chart originally emerged from the late 1800s in Poland, and more than a decade later was modified by an American engineer namedHenry Gantt. He popularized the use of Gantt charts in America and Europe, where they were widely used to improve project management. Since then, it has become an essential element of modern project management practices.

Benefits of Using A Gantt Chart in Project Management

The Gantt chart is one of four main types of project management techniques which include the: milestone charts, network diagrams, PERT Charts, and bar charts. Each type can illustrate different information about how a project progresses over time.


Fundamentally, it is used to help visualize and lay out lists of tasks involved in an organization or company's project. It displays what needs done first and who is responsible for the task, as well as the time frame in which it needs to be completed. Gantt charts are also not limited to noting only task dependencies, but may also be used for visualizing other types of key elements in projects such as milestones, schedules, or costs.

Essentially, task dependencies are the different relationships between project tasks and activities, in which one activity cannot start until another has been finished. A Gantt chart is a type of bar graph that maps out task dependencies, used to illustrate project timelines and progress while identifying any areas where deadlines may be at risk or additional resources might be required, and it illustrates how tasks and activities overlap.

There are charts that only show time dependency, and there are diagrams that include milestones or activities with gating. Each type of Gantt diagram offers its own level of detail and communicates different aspects about a project's progress, and which Gantt chart is best suited to your project will depend on the information that you want to communicate.

According tothePMBOK Guide, A Guide to the Project Management Body of Knowledge, dependency refers to a logical relationship between two activities and all tasks should have a dependency. This is because by definition, if a task is part of a project it must be related to other tasks. The fourtypicalmain types oftask dependencies are:

Each of these project management task types has a different effect on the Gantt chart.

Finish to start in project management means Task A must be finished before Task B can be started. It is the natural dependency that each predecessor task would finish prior to the start of its successor task.

This is the most common type of task dependency and a Gantt chart with FS shows where the starting point of one task is linked with another by a bar, and the end of the first is indicated by an arrowhead on the right side pointing from start to finish. Simply put, this type of Gantt chart is used when a task can only start once another has been completed. 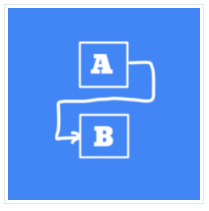 Sometimes, tasks are overlapped necessarily, which falls to the FF, the SS, and the SF relationships as shown below.

AFF dependency means the dependent Task B cannot be completed until Task A is completed. 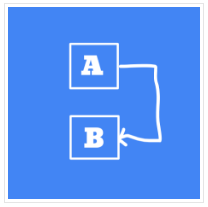 ASS dependency means the dependent Task B cannot begin until Task A begins.

The SS relationship is when tasks need to start in order (that does not necessarily mean they are finished) but there isn't any dependency on their completion. A Gantt chart with this type of task dependencies shows that a second or group of tasks cannot start until the first one has started. The arrowhead on this chart points from starting point to starting point, and there may be two bars in a chart. 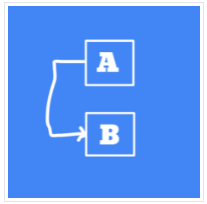 ASF dependency means Task B cannot be completed until Task A begins.

Gantt charts use this type of dependency when a task can only begin once another has been completed. While the Gantt bar for tasks with SF dependencies is similar to those with FF ones, it does not have an arrowhead pointing from start to finish as there is no need to show when a task begins.

"Nothing is particularly hard if you divide it into small jobs."

ZenTao supports the four types of task dependencies in its Gantt Chart features. Aside from project management task types, ZenTao also supportsparent-child taskswherein if a task is too big and requires several users to complete, it can be broken down into relatively small and manageable child tasks.

ZenTao provides expert project management solutions to businesses all around the world, including Gantt chart.Contact usto know more about how our products can help your business!