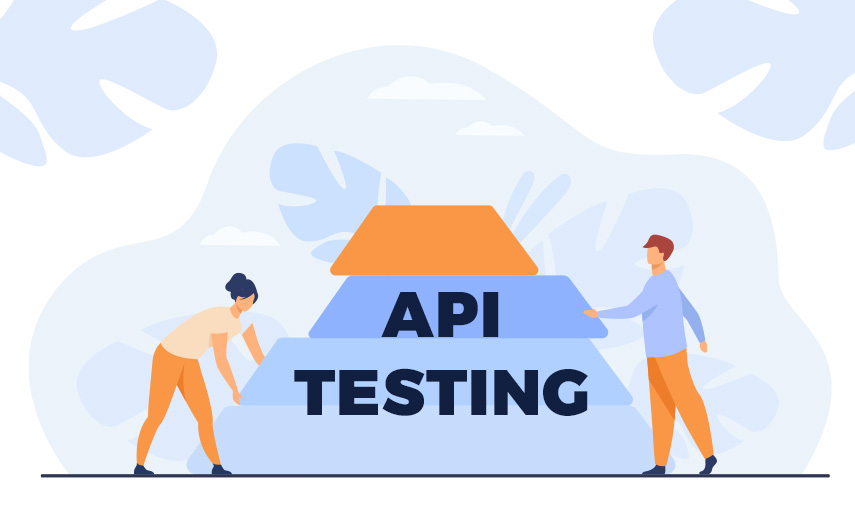 When we talk about the benefits of AI and UI testing tools, API testing based on AI and machine learning also comes simultaneously.

I. Why Do We Need to Conduct API Testing?

As more and more companies turn to DevOps, continuous integration (CI), and continuous deployment (CD), testing and feedback need to be faster than ever. Focusing only on UI automation testing (notoriously slow) may strangle our test automation work.

API testing should be part of the overall automation strategy when we ensure that new versions of applications are delivered quickly and with high quality. API is the foundation of software development today, especially as more and more teams move away from the single architecture and begin to adopt the microservice method for software development. And as microservices become the backbone of most new development, API testing has become more critical.

The design and implementation of interface testing itself are not tricky. However, people still encounter some difficulties when considering the interface parameters combination and the testing of the interface call chain from a business perspective. Moreover, we have a heavy workload to perform automatic testing, especially in setting verification points, because they cannot be generated automatically and must be configured manually. All of these have become obstacles to interface testing.

III. AI and Machine Learning are Helpful for API Testing

To reduce the complexity of API testing, some vendors have created practical tools that use artificial intelligence (AI) to transform manual UI testing into API testing. These tools are like sniffers. Using machine learning (ML), they can automatically discover patterns. Users can also find connections between different services when interacting with applications.

As AI/ML methods improve, we can imagine that the complexity of API test generation will be significantly reduced. However, We find that only commercial tools are starting to be introduced when the AI/ML method is applied to API testing. And we have not yet seen the capability of the AI/ML method in the open source API tool. But this is not the reason that hinders our learning, whether for the current or future AI-driven API.

REST-Assured is the first choice for API automation testing when using Java, and it is also one of the main tools for many people to engage in API testing.

REST-Assured is a fluent Java library that can be used to test HTTP-based REST services. It is designed with testing and can be integrated with existing Java-based automation frameworks (such as JUnit). You can use REST-Assured to conduct API testing even if you are not an HTTP expert.

It provides a DSL (domain-specific language) similar to behavior-driven development (BDD), which makes it easy to create API tests in Java. It also has many built-in functions, so we don't have to write code from scratch. 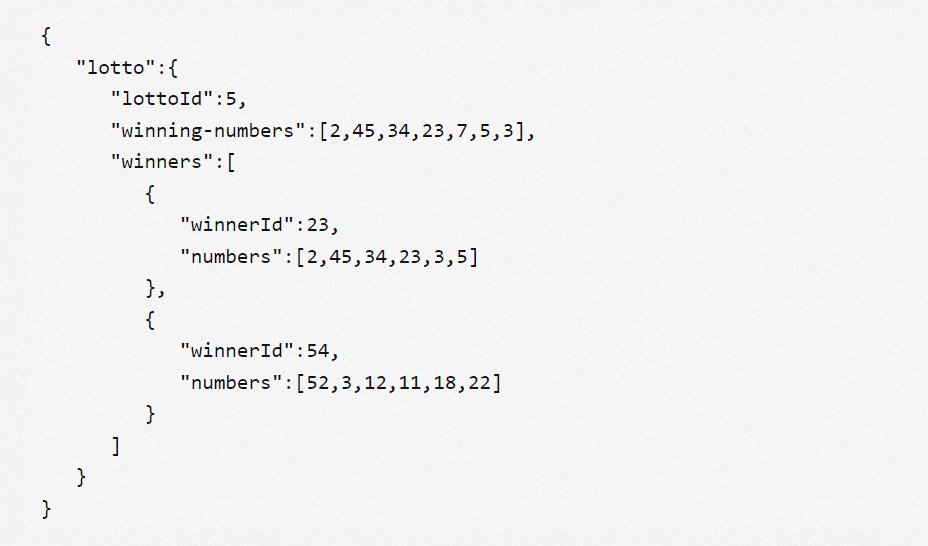 Other advantages： If you use the Serenity automation framework, you will like to integrate seamlessly with REST-Assured, combining both UI and REST tests in one framework to generate unified and great test reports.

Testing and validating REST services in Java are more complex than in dynamic languages (such as Ruby and Groovy). This is another reason to use REST-Assured because it simplifies using these languages in the Java domain.

If the product is mainly developed by Java code, it is highly recommended to use REST-Assured to conduct API testing.

Some people don't want to write code using the same language as developers in the integrated development environment. After all, why force yourself to use the developer's technology stack if the developer doesn't contribute to the automated testing? And the postman is the best option for us.

Sometimes, We want relatively low-cost, fast, and uncomplicated API testing, or we need a tool to help us with exploratory testing of APIs. And Postman is the perfect choice in such application scenarios because it is powerful enough that we can also create more integrated solutions if we like.

Postman is an easy-to-use REST client, and you can get started with it quickly by using its Chrome plug-in. There are also client versions that support Mac and windows.

A casual game company uses Postman as a collaboration tool. The company's testing software development engineer is responsible for researching and finding out all the test cases of API. Then he publishes that information on Wiki so that others can run API tests and ensure that what they are doing does not damage the existing API functions. Postman even allows you to place a button on the company's internal website - it says "run in postman," and it automatically starts the Postman test.

If your testing team not only wants to test the API but also wants to have a tool to help automate some exploratory API testing, then the postman is a good choice.

Postwoman, another option for Postman, is a new tool that has become increasingly popular in the past few months. It has a clean and modern UI that makes creating API requests fast and easy.

Postwoman is known for the following features and has received nearly 15,000 stars on GitHub, indicating its popularity:

If you need to start testing API and don't want to install too much software on your machine, then you can choose this tool.

If we face complex API testing scenarios and focus on API testing tools used by professional test engineers, soapUI is a tool worth trying first. It has the following advantages: 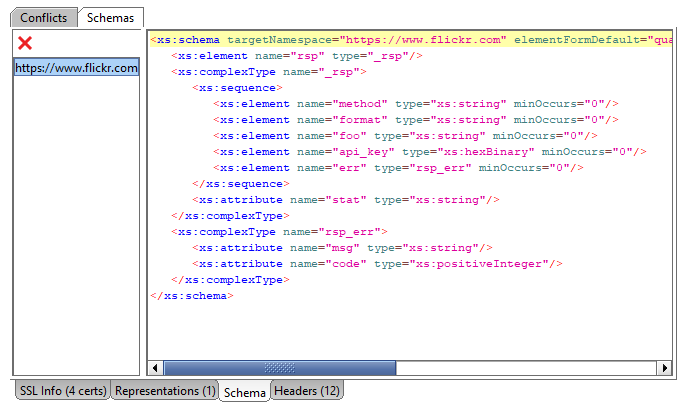 SoapUI has complete functions that can meet the comprehensive requirements of API testing (API-based function testing, performance testing, security testing, etc.) and generate a complete API test plan from scratch. If you need to create custom workflows or functions for some reason, you can use Groovy to write solutions in SoapUI.

Although JMeter was created for load testing, many people also use it for functional API testing.

JMeter includes all the functions you need to test an API and extra features that can enhance your API testing. For example, JMeter can automatically process three files, so your teams can quickly produce unique parameter values for your API tests. It can also be integrated with Jenkins to include API tests in the CI pipeline.

If we plan to create API function tests and want to use these function tests in performance tests, we can use JMeter as the main API testing system to kill two birds with one stone. 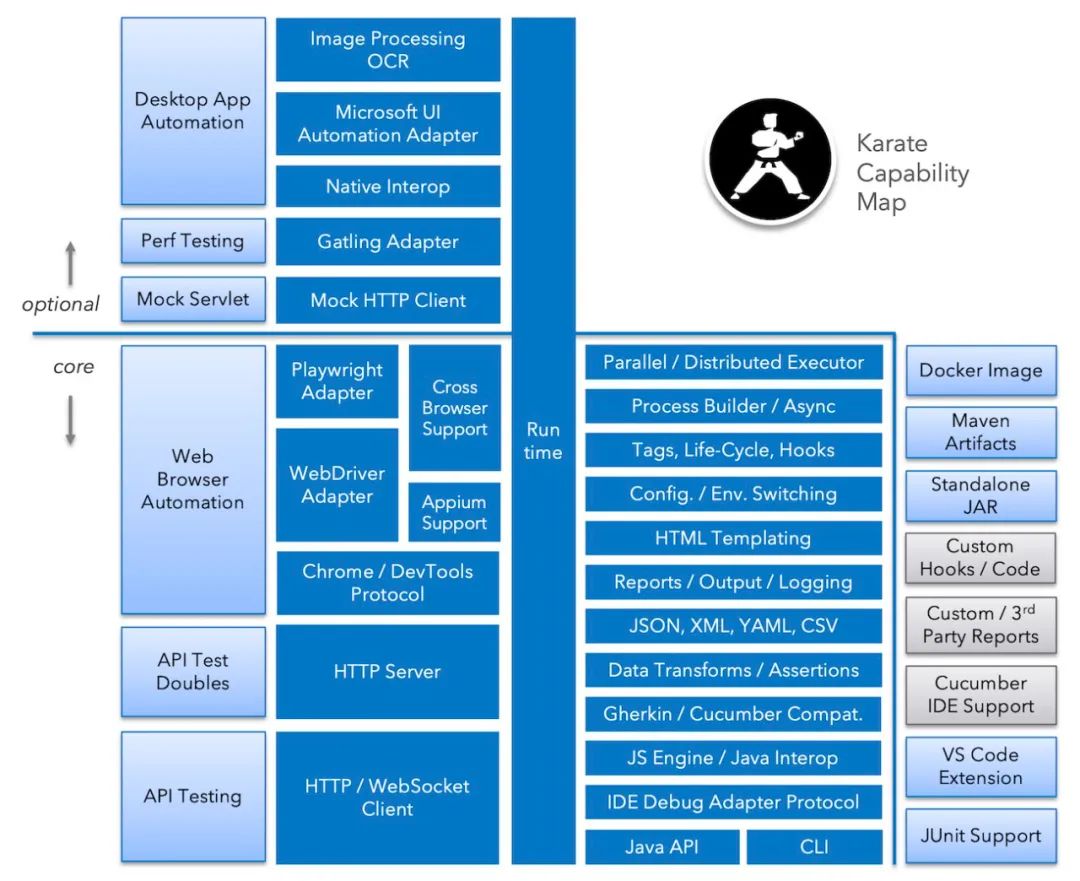 Tests are written using BDD, similar to the syntax of Cucumber. Still, unlike most BDD frameworks (Cucumber, JBehave, SpecFlow): Karate has created all the step definitions required to start testing the API, so you don't need to write step definitions. 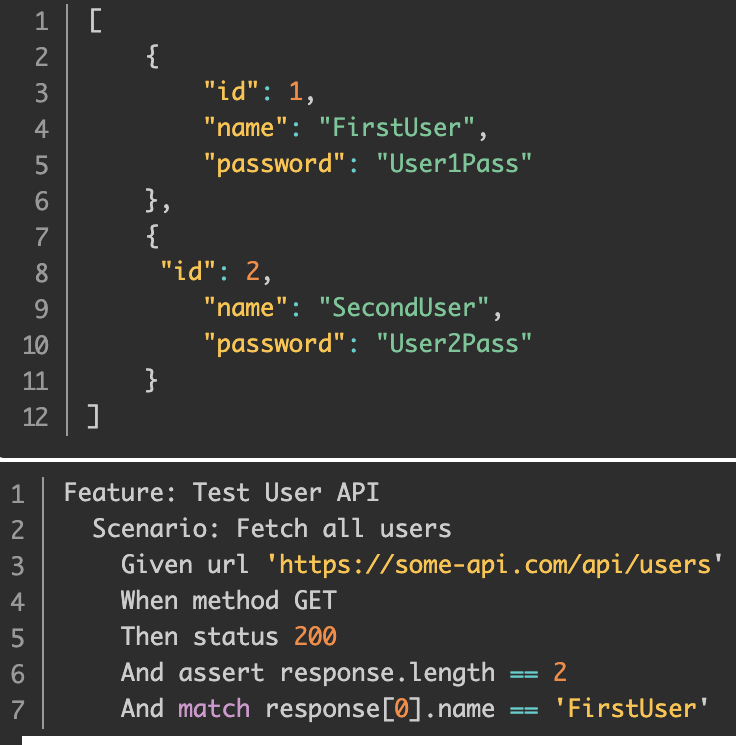 If you're new to programming or automation, Karate is easy to use and might be a perfect choice since you don't need any Java knowledge.

The citrus framework was released in September 2009 and has been steadily updated. Now the latest version is 2.8. The Citrus framework can help us automatically integrate and test for various message protocols or data formats. Its advantages include:

Citrus is a better choice if we plan to test other headless technologies beyond REST services. It can handle every headless protocol and provides an excellent solution for all non-UI testing needs. This flexibility is beneficial if you work in an enterprise environment and need to test many different types of applications.

With the adoption of DevOps in Windows-based organizations, PowerShell has done very well in automating many things from the command line. Some of the benefits of using PowerShell for API testing are: 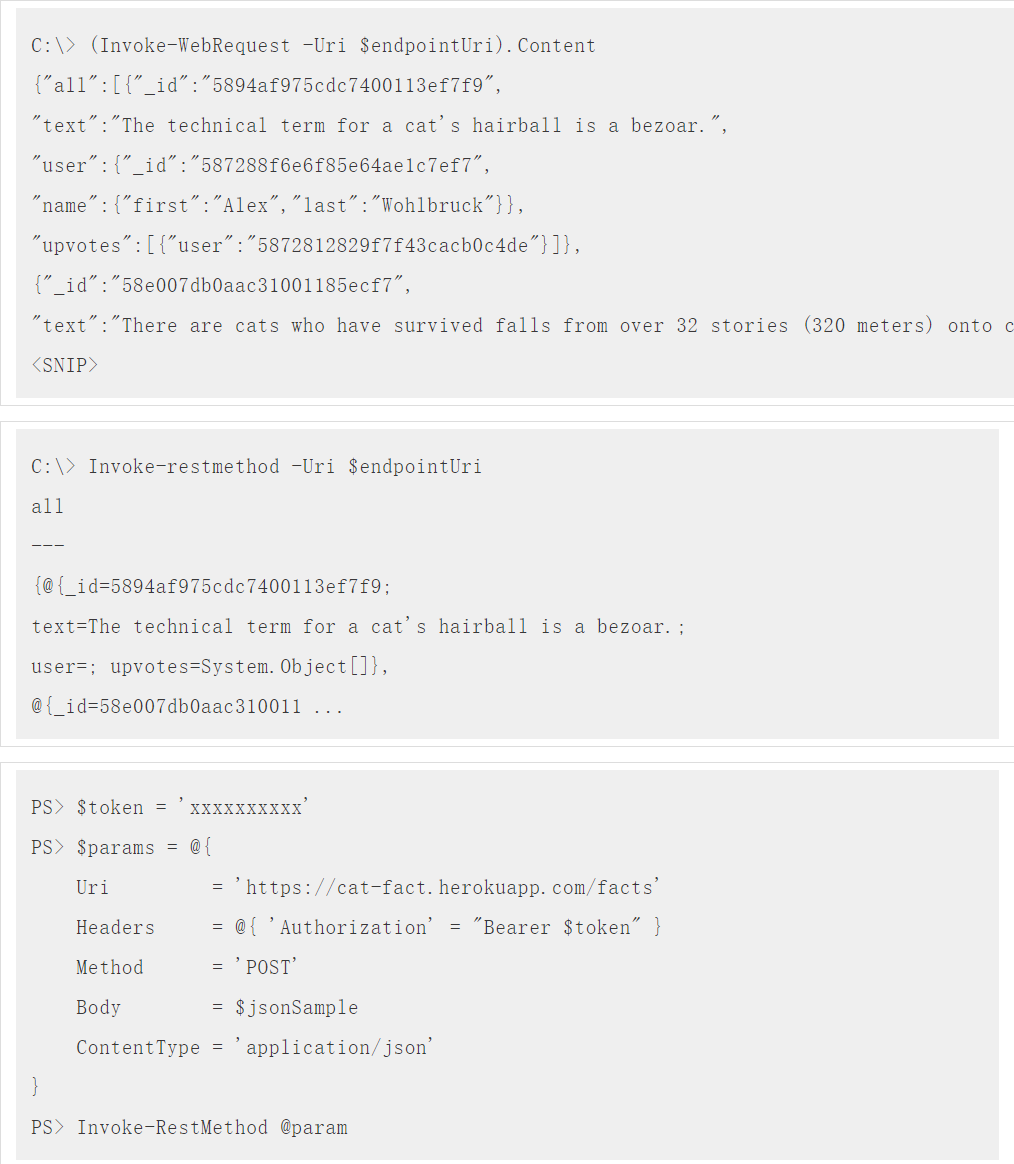 Insomnia not only has a beautiful interface and is easy to use but also is free. It has the following advantages:

Taurus is a friendly and continuous testing automation framework. Taurus can integrate with JMeter to conduct effective API testing. It allows us to write testing in YAML (Yet Another Markup Language, a human-readable and editable method that has completed a great leap), and it also describes tests in simple text files, which is the advantage of Taurus. A complete script can be described in about ten lines of text, which allows the team to describe the planned tests in YAML or JSON files. 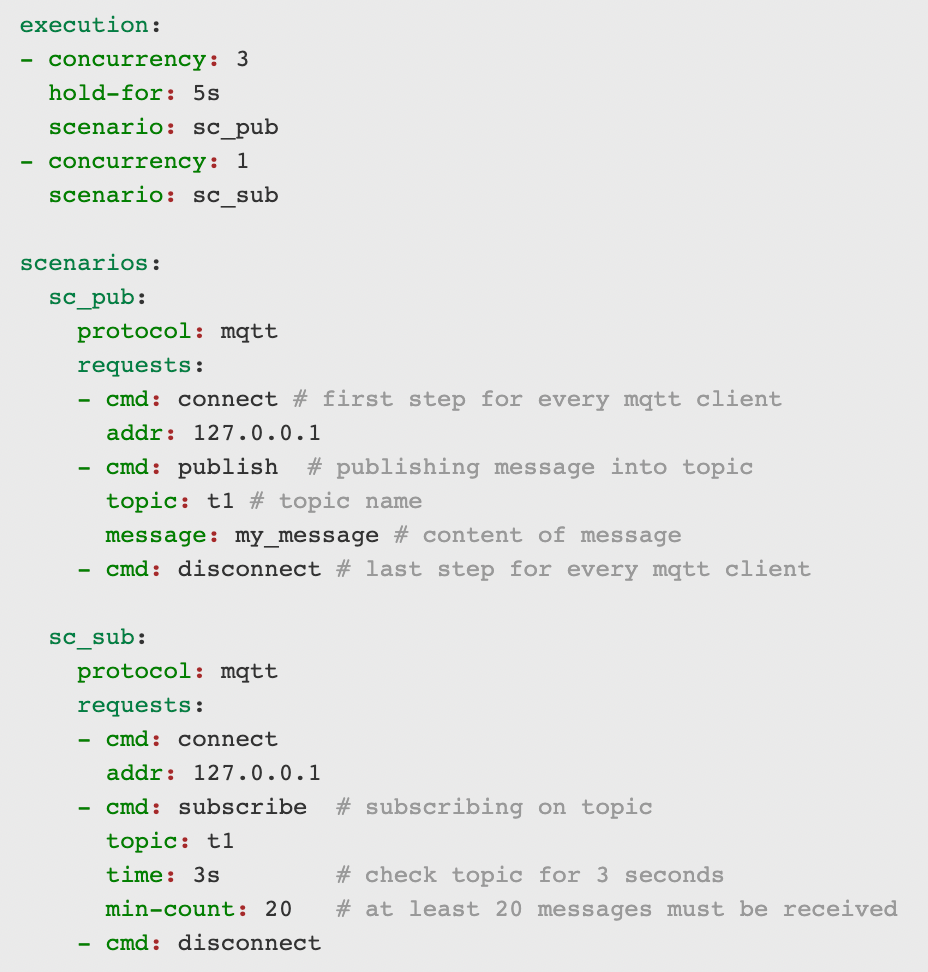 Other major features of Taurus include：

Taurus is great to use when teams want to take a more BDD-based testing approach for API testing. Because using YAML files gives you clear, easy-to-read tests that everyone on your team can understand.

Fiddler can monitor, manipulate, and reuse HTTP requests. It does many things, such as allowing you to debug website issues. Fiddler has many extension functions. One of those, the API Testing extension, greatly validates the behavior of web APIs. For more hard-core API testing development, Please use the FiddlerCore.NET class library to build your API testing infrastructure. 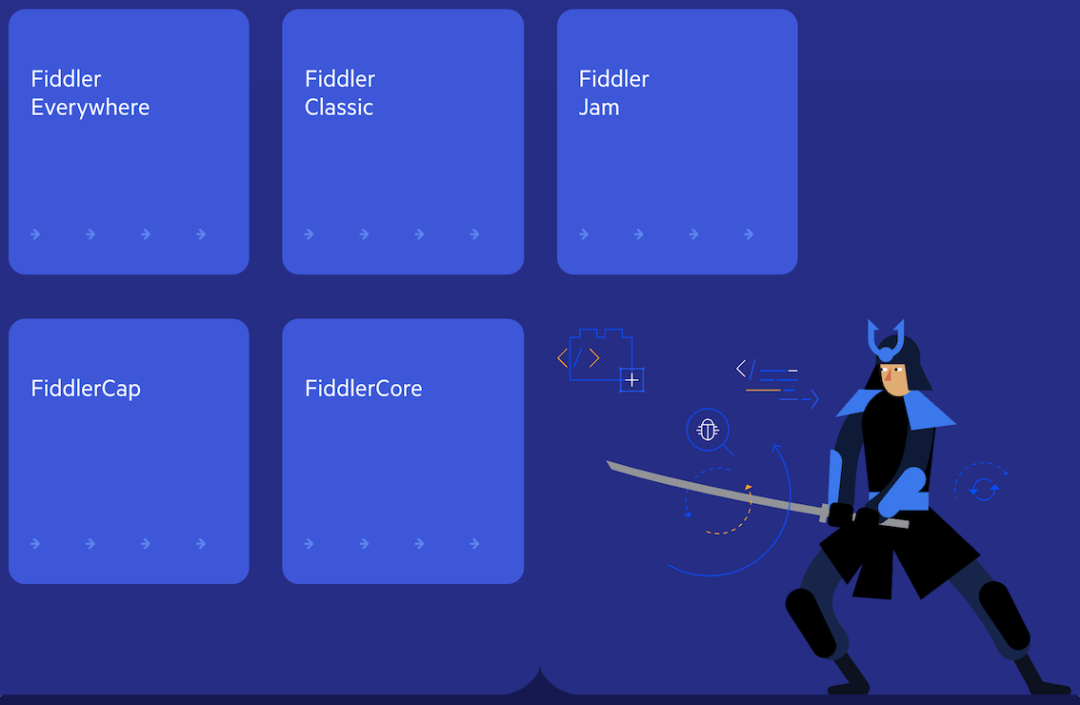 Fiddler is an excellent choice for teams that use .NET languages since you can develop your tests using any.NET language.

It's Time to Make a Wise Choice

There is no perfect tool for everyone because every organization has different requirements. The API testing tools listed above are perfect. Still, whether they suit your present situation, you need to choose according to your needs, development environment, and product characteristics. I hope the above introduction will help you make the best choice.

These tools are only a tiny part of the open-source API testing tools. What are your favourites? Which excellent tool is still missing? Welcome to leave a message down below.