Ordinary lives are generally similar, and legendary lives have their legends. Jeff is a legend. Not long ago, he had online communication with hundreds of Chinese students and answered the questions of Chinese fans about Scrum.

His achievements in a particular field are likely to be difficult for many people to realize in their all life.

Military School and the Vietnam War

West Point Military Academy was established in 1802 by a decree signed by the third President of the United States, Thomas Jefferson, and trained many militaries and political talents such as MacArthur, Eisenhower, Patton, and Powell. The admission requirements for West Point Military Academy are strict, and admission is based on the recommendation of senior government officials, examinations, and physical examinations. In 1960, Jeff went through layers of screening and officially enrolled in June for a Bachelor of Science degree.

During his final year at West Point, Jeff trained a rambling honor guard. Many playboys in the honor guard ignore the command and disturb the team. Therefore, Jeff put the feedback for each person in the form of a Kanban board on how students often go out to see the results of this visualization with "nowhere to run". This transparent management changed all the team members, and after a few weeks, the state of the honor guard was greatly improved. Continue to use Kanban to manage the honor guard. The team was elected from the most backward team to the funeral team escorting General MacArthur. 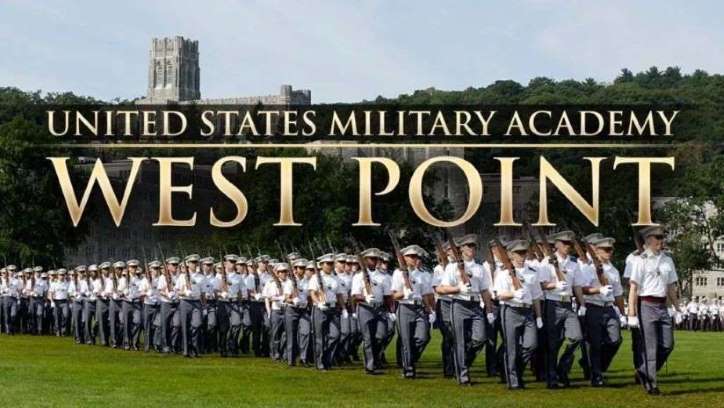 After graduating from West Point, Jeff participated in pilot training to become a flight scout. During his training, he was taught by flight strategist Boyd and learned that speed and efficiency of decision-making are essential skills for a flight scout.

After that, when the enemy's hit rate was 50%, and many of Jeff's comrades were sacrificed on the battlefield, Jeff survived unscathed after flying 100 combat missions in North Vietnam with the RF-4C, relying on the observation-position-decide-action combat philosophy. Having experienced the baptism of thrilling wars, Jeff has a deep understanding of decision-making efficiency, loops, feedback, and adjustment.

In 1970, after the military life of the Vietnam War, Jeff received his graduate degree in Statistics and Mathematics from Stanford University and achieved specific results in academics.

In 1975, Jeff entered the University of Colorado School of Medicine to study for a Ph.D. in biostatistics, where he spent several years identifying the factors that make a normal cell cancerous. He believes that team organizations, like individual cells, are self-adaptive individuals, making self-decisions according to the surrounding environment without losing the connection with the central system. Adaptive teams go through chaos and adjustment, breaking stable states and forming new ones.

Managers need to ensure that the next state of the adaptive team is positive and not deteriorating into "cancer cells". 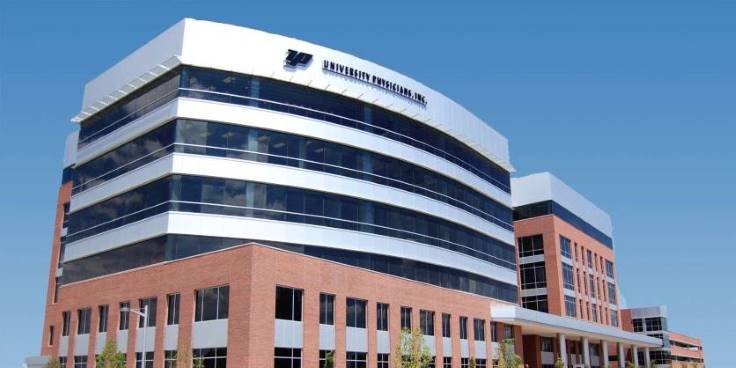 The visual management of West Point Military Academy, the decision-making and efficiency of flight, and the migration learning of cancer cells... Every early experience of Jeff has laid a firm foundation for agile development in the future. 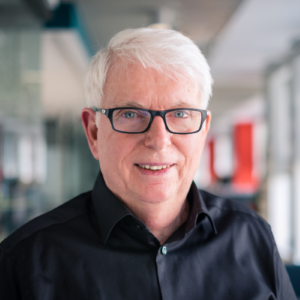 At that time, MidContinent Computer Services used the waterfall method to do ATM business, and the cost was 30% higher than the benefit. In such an atmosphere, Jeff realized that minor repairs and fixes could not save the team, so he carried out drastic reforms, the prototype of agile implementation. He broke up the big team into relatively independent small teams, operated according to weekly delivery, and rewarded performance based on team performance rather than individual performance. Six months later, Jeff's brilliant rejuvenation revived the team - the revenue was 30% higher than the cost, and it became the most profitable department of the entire company. The Nonstop Tandem system was the first online transaction system adopted by banks and applied throughout North America.

In 1993, Jeff was hired by Easel Software as the Vice President of Technology Operations and faced a very challenging assignment. Good habits developed in academic research also played a huge role here, and he led the team to read a lot of literature. While researching the literature, Jeff came across an article titled "The New New Product Development Game", published in the Harvard Business Review in 1986. The main point is that it is more efficient for all team members to contribute to the task together than to do it individually, just like on the rugby field, all the players are doing their best to score goals. The article's point of view coincides with many of Jeff's previous practices. Jeff was so inspired and began to formalize the "Scrum" process for the worldwide software industry.

The combination of practice and theory produced a magical chemical effect. In 1995, Jeff Sutherland and Ken Schwaber formalized Scrum, and wrote the first version of the Scrum Guide in 2010 to help people worldwide understand Scrum. In 2001, at the invitation of Robert C. Martin, Jeff and Ken came to Utah as Scrum representatives to attend the Snowbird Conference. After two days of discussion, the term "Agile" was accepted by all the attendees to summarize a new set of software development values, and the "Manifeste Agile" was born.

Agile has always emphasized, "Be Agile! Don't Do Agile!". Agile is not only used in software development. Jeff has been practicing "Be Agile!" in his life. Jeff's new day starts with Bulletproof Coffee, which provides enough calories and boosts metabolism to maintain vitality and weight stability. In terms of diet, Jeff adopts a ketogenic diet, consuming high-protein and high-fat foods, reducing the proportion of carbohydrates, maintaining energy, and maintaining exercise habits. 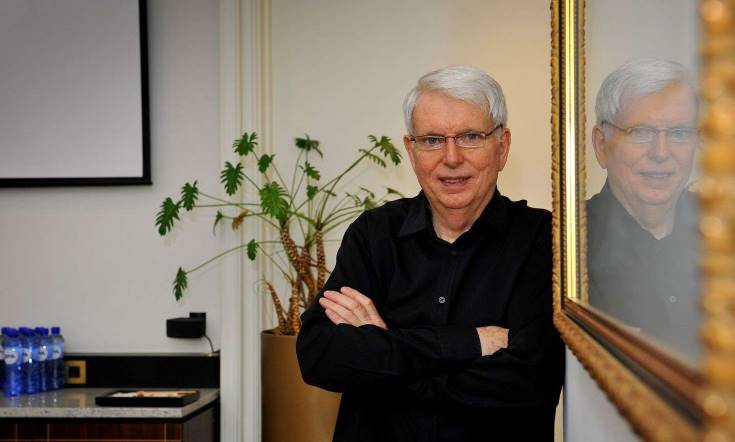 Jeff also brought agility to his family. The family had an "Agile Thanksgiving" together: one group prepared food, another group set the table, and someone greeted guests at the door. "Best Thanksgiving we've ever had!" Jeff wrote on his blog. Inspired by this agile Thanksgiving, Bruce, an offbeat psychologist, learned how Scrum works, applying it to family life with multiple kids that were out of control, such as using Kanban to manage "chaotic mornings" , clarifying each person's tasks in the morning, eat breakfast in an orderly manner, do housework, feed pets, go to school, and go to work. There are also "daily stand-up" style family meetings where each member answers in turn what is working well in the family this week, what is not working well, and what changes they would like to make next week. The results of the Scrum family meeting are good - the number of parents yelling is halved, family laughter doubled, and children learned to manage themselves.

In an interview, when asked "what are the top books that you would recommend a software engineer must read", Jeff recommended: " The Mythical Man-Month" and " The Book of Five Rings". From the recommended books, we can also see that the previous experience has profoundly impacted him.

Needless to say, " The Mythical Man-Month "of Frederick P. Brooks Jr. provides an insightful introduction to managing complex projects. "It's as true today as it was 30 years ago, and, amazingly, every engineering manager isn't reading it over and over again".

" The Book of Five Rings " was written by the Japanese swordsman Miyamoto Musashi around 1645. It expounds on kendo's principles, ideas, strategies, and the art of war. It is practical and straightforward, suitable not only for samurai but also for various forms of competition. Furthermore, it is a classic for crisis management and strategy training work. Software workers can learn to cut code by thinking, dividing barriers, and executing short-term and long-term strategies. Great code requires excellent architecture, great architecture needs excellent design, and great design needs to see both the overall situation and the side effects of changing code. 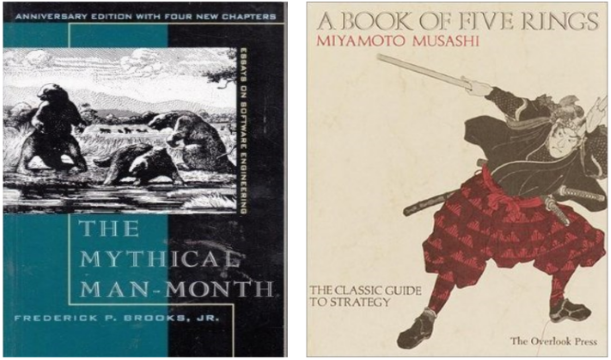 Jeff recommends not professional books on code, but books on mentality. He regularly meets with former Scrum fighter pilots, black belt experts in Aikido and Karate, experts in Chinese Kung Fu to discuss how to introduce agile thinking into ordinary teams. These teams are in need of agile high focus, discipline and proactive action. With Jeff, we can look forward to the spread of agile in more areas.

If you are experiencing any bottlenecks or difficulties in your work or life, please calm down and look at Jeff's experience, think about it with the Scrum method, and maybe you can find a satisfactory answer. Agile may be a way out for you!