Jira, in project management, is claimed to be the number one tool used by agile teams. Teams using Jira could easily extend planning, tracking, and reporting with other products of Atlassian, such as collaboration tool HipChat, project planning tool Confluence, and continuous integration tool Bamboo.

However, Jira falls short in test case management. If you have tried Jira, you would know what I am trying to say here. Jira is not an ALM exactly. It is not primarily for QA management given basically anything to be created and tracked via JIRA is considered an issue. As the definition of QA, history, and execution are not separate in JIRA, the rework just increases when QA Managers are scaling QA efforts. Another downside of Jira is its inability to update execution results at each step of the QA. Consequently, QA Managers have limited visibility of the QA progress. 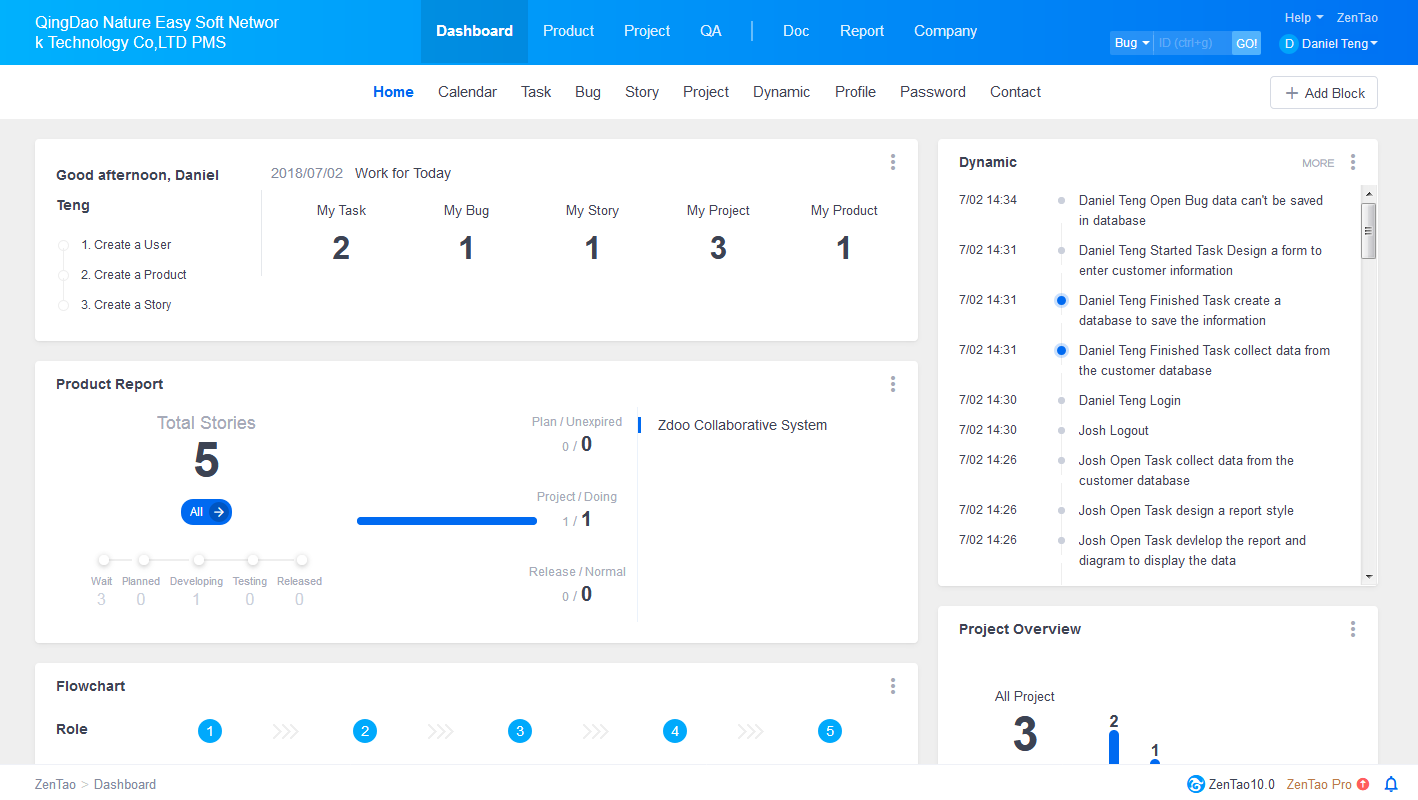 image: My Dashboard in ZenTao

Using ZenTao to do QA management

The basic bug workflow in ZenTao is,

If a bug did not pass the acceptance, it could be activated for resolution again,

If a bug recurs after being closed, image: Report a bug in ZenTao

Once developers have asked for a test task, the test task will be generated for them. Then the developers need to relate test cases to it. If the test task needs to be completed by several developers, test cases should be assigned or claimed voluntarily. Go to QA->Build, and choose a build to be tested and click the button to link to test cases.

This is a short introduction of QA management in ZenTao. If you would like to know more or to try it for free, you can go to ZenTao official website.