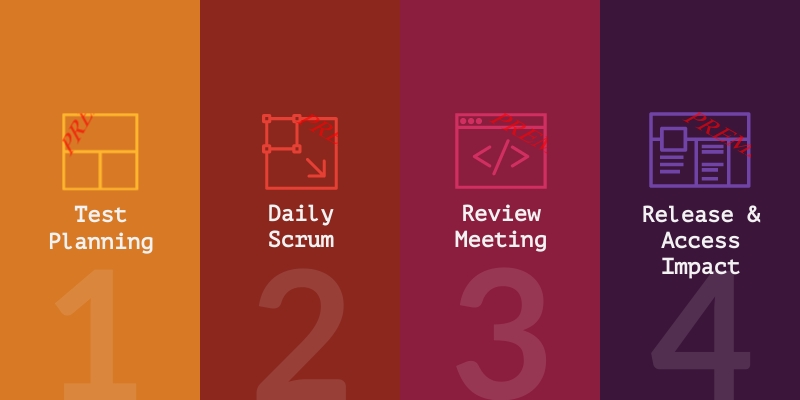 Today, most companies are looking to adopt the Agile methods for development and introducing new software products according to the needs of the customers. More traditional approaches like prototype, waterfall models where the testing is done at a later phase, are highly adaptable and flexible because the testing starts at the initial stage of the software development lifecycle.

The difference between traditional testing and agile testing methodologies

Most businesses look for an incremental approach instead of a sequential one. The rigorous testing in this process ensures that future iterations address all the issues. Developers, testers, and customers consistently coordinate with each other, creating a live version of the software which is advantageous despite detailed documentation.

Agile methodology relies on point to point communication and collaboration with teams working in groups. Responding to change is highly considered when compared with extensive  planning.  Extreme programming lays emphasis on changing the plan to accommodate any  changes in assumptions instead of forcefully following the original plan. Customer collaboration is highly considered in comparison with contract negotiation.  Customer involvement is an important part of an agile process.

Software Testing refers to verification and validation of the software, it is a process to guarantee the execution of error-free and bugs free Software/applications. Software Testing detects the errors and flaws in the program/Software. All these errors need to be fixed while the process of software testing.

If any changes are being applied in the program then the software needs to be tested repeatedly until all the defects are identified and fixed in the program, Test activities are reported and controlled on the testing process and the software status is under test. During the test, planning happens primary flaws are carried out by reviewing the needs and design documents. This testing process can eliminate the flaws but cannot enhance the quality of the software.

Agile Testing is a unique software testing practice used more likely than the waterfall model. Agile testing follows the statutes of the Agile manifesto, also treating Software developer as a newbie to solve the problems properly.

Agile testing is that which involves testing from the customer's side as early stage. Early stage testing is also called unit testing. Agile works on the process of  incremental method. So in this method, the developing software should be tested at every single stage, which means after some development it should be tested with the help of customers and this way of testing is also performed using automated acceptance testing.

Automated acceptance testing minimizes the manual work. The manual testing for whole Software will not work in the agile process. Doing manual testing leads towards the buggy software in agile testing, so it is not possible to test the entire built Software manually.

This model is changed into executable code by the development team and perform simple testing known as unit testing.

A check that systems perform as per the design is called validation and verified that all the requirements are met and perform an objective evaluation to ensure the quality of the Software/ program.

To check that it is ready to deliver and make it available to the end users.

Directs all the activities of the projects and also managing risks, directing people, also coordinating with the people outside the project to ensure that the project will be developed in time and within the budget.

For developing project/program all the guidelines should be available with all the required tools, Hardware, and Software.

V-Model, Waterfall, and Agile models are chosen for the development of the software. Each has its own advantages and disadvantages, it depends upon the organization which model to choose.